RHS Drama Department puts on play “A Trip to the Moon!” 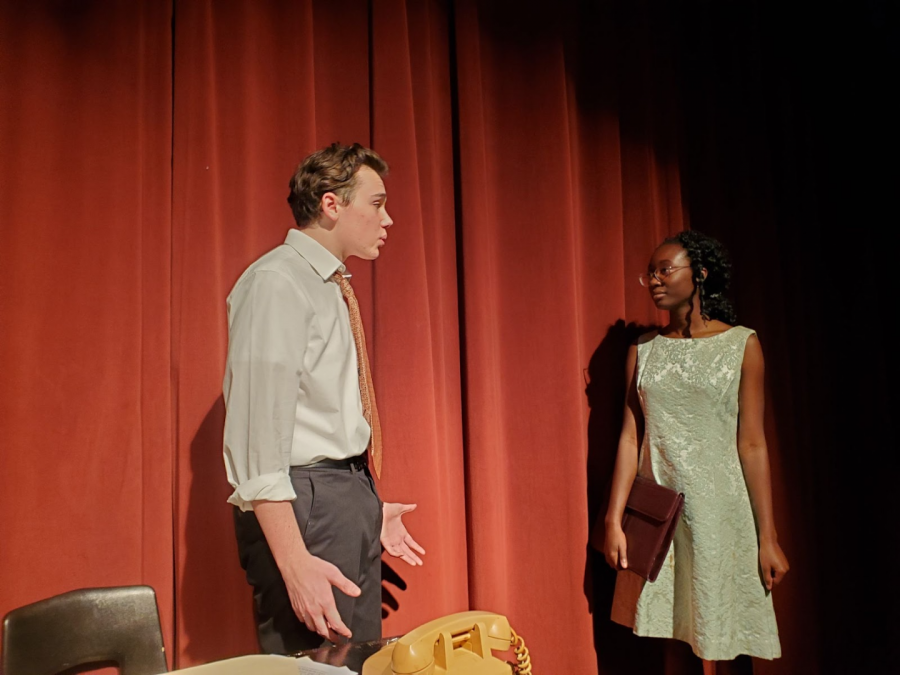 The RHS fall play was held last weekend, with showtimes beginning on Nov. 19 and ending on Nov. 21. “A Trip to the Moon” was put together by drama department instructor, Kelli McNeven. The play welcomed any and everyone to watch and was ultimately well-received by audiences.

McNeven explained that the play was fairly traditional, in terms of putting together and that the biggest challenge was adapting to the style of the production.

“For this play, it was pretty typical. We went through a lot of the same set up as things that we did for other shows. The biggest challenge I would say, for this particular show is that because it is a vignette style play, meaning there’s lots of different scenes that take place in lots of different locations, was trying to figure out how to set up our stage so that we could easily transition from scene to scene without a lot of downtime,” said McNeven.

Although there was some challenge in designing for this production, there were some components that made things easier.

“Costuming, for the most part, has been easier, because there’s not specialty costumes for this. I mean we’ve had some challenges just in finding some of the pieces that fit the time period, but finding stuff for the 1960s is a lot easier than finding mermaids or sea creatures or things like that,” said McNeven.

The show itself went very well. With actors being on top of their characters and the crew making sure everything was going to plan, there was minimal stress involved.

¨It was one of the shows that had the least issues during performances that I’ve seen in awhile,¨ said senior stage manager, Olivia Cramer.

Compared to past shows, Cramer believes that “A Trip to the Moon” played out positively.

¨It was a lot more chill, a lot less drama, a lot less issues with props and mistakes during show days,¨ said Cramer.