Mr. RHS returns to the stage 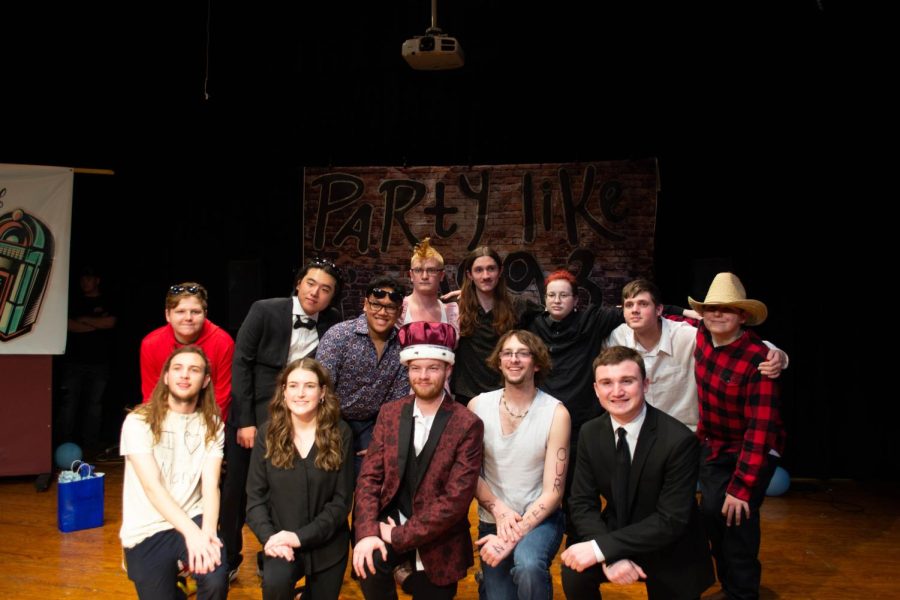 – The print edition of this article (originally published on May 9, 2022) contained some inaccurate names of participants of this event. The corrected article is published below.

On April 15, Rolla High School hosted the Mr. RHS talent competition showcasing talents ranging from dancing, singing, and all-around fun. Since it has been 3 years since the last program, many of the student body had not attended or even heard of Mr. RHS, making it a pleasurable surprise to all who attended this year’s show. The Student Council put their heads together to plan and create the whole program for Friday, leaving all creativity to the students.

Mr. RHS is a talent show composed of male students demonstrating various talents in an effort to be crowned “Mr. RHS.” Each student had their time to shine with performances such as singing, dancing, instrument playing, and even predicting the future. Not only did each contestant perform in front of an audience but also in front of a panel of judges made up of counselor Monica Lyle, A+ secretary Beth Nixon, director of communications Gina Zervos, and middle school principal Dr. Monica Davis.

The show opened with a group dance to the cultural smash hit song “Everybody” by Backstreet Boys, setting the mood for the upcoming performances. The contestants were then asked to pick a random question from a bowl and answer it. After much anticipation and many jokes from the senior hosts Colin McEnaney and Cailyn Myers, the contestants took off and performed. While some acts were straightforward, other acts like senior Elijah Jakosalem’s “juggling dodgeballs” had the audience on their toes as he changed acts mid-performance with much humor and groovy dance moves. The night indeed had much to offer for all ages.

At the end of the night, the contestants were all brought out once more for another group dance, announcing the winners shortly after. Senior Matthew Bench’s supportive attitude towards the cast and crew earned him Mr. Congeniality, which is an award voted on by the other contestants. Senior Elijah Jakosalem’s juggling-turned-swagger dancing act earned him third place. Senior Lucas Schoen’s impressive athletic and articulated dance moves to Daft Punk’s “Harder, Better, Faster, Stronger” had the audience sweating from all the movements and earned him second place. However, the student crowned Mr. RHS was senior Brody Light who performed his very own song. The show had the audience swooning all night leaving everybody feeling good and laughing as the show concluded.

“I’ve never won anything close to any kind of popularity contest. That felt like a really good feeling to finally almost feel accepted for once, and I really just got to enjoy being on stage and performing more,” said Light.