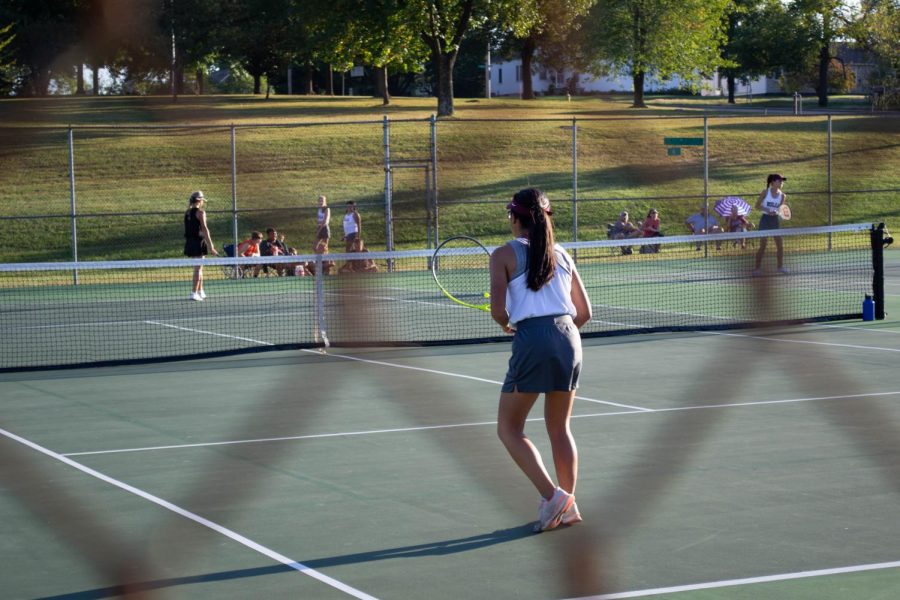 On September 26, the girls tennis team had their last regular season home match and senior night for the twelve tennis seniors. The tennis team won against Waynesville and then shared in a celebration after the game. The underclassmen gave parting gifts to their senior teammates, while the seniors willed down funny and heartfelt things to their younger counterparts.

Many of the senior tennis players expressed their disbelief that it was already senior night.

“It [senior night] feels a little bit awkward,” said senior Eyram Dumor. “I wasn’t really expecting to get to this bar already in my high school career. I know I’m graduating early, but it’s definitely kind of a closing to a chapter.”

Despite the disbelief that high school tennis was almost over, all of the girls during the senior ceremony expressed their love for the team and the great environment they developed over the past four years.

“Often people like me think that there’s not a sport for them or look for an individual sport,” said Dumor. “While in tennis, a lot of it can be just you and your doubles partner or you just playing singles, the RHS tennis team really embodies being a team, being with each other, supporting each other, encouraging each other through every single match that we play through every single point. You know you’re not on that court by yourself; you’re on the court with the rest of your team. And, while sometimes it seems like a lot of pressure, it’s a very comforting feeling to have everybody with you and to know that you are loved and supported.”