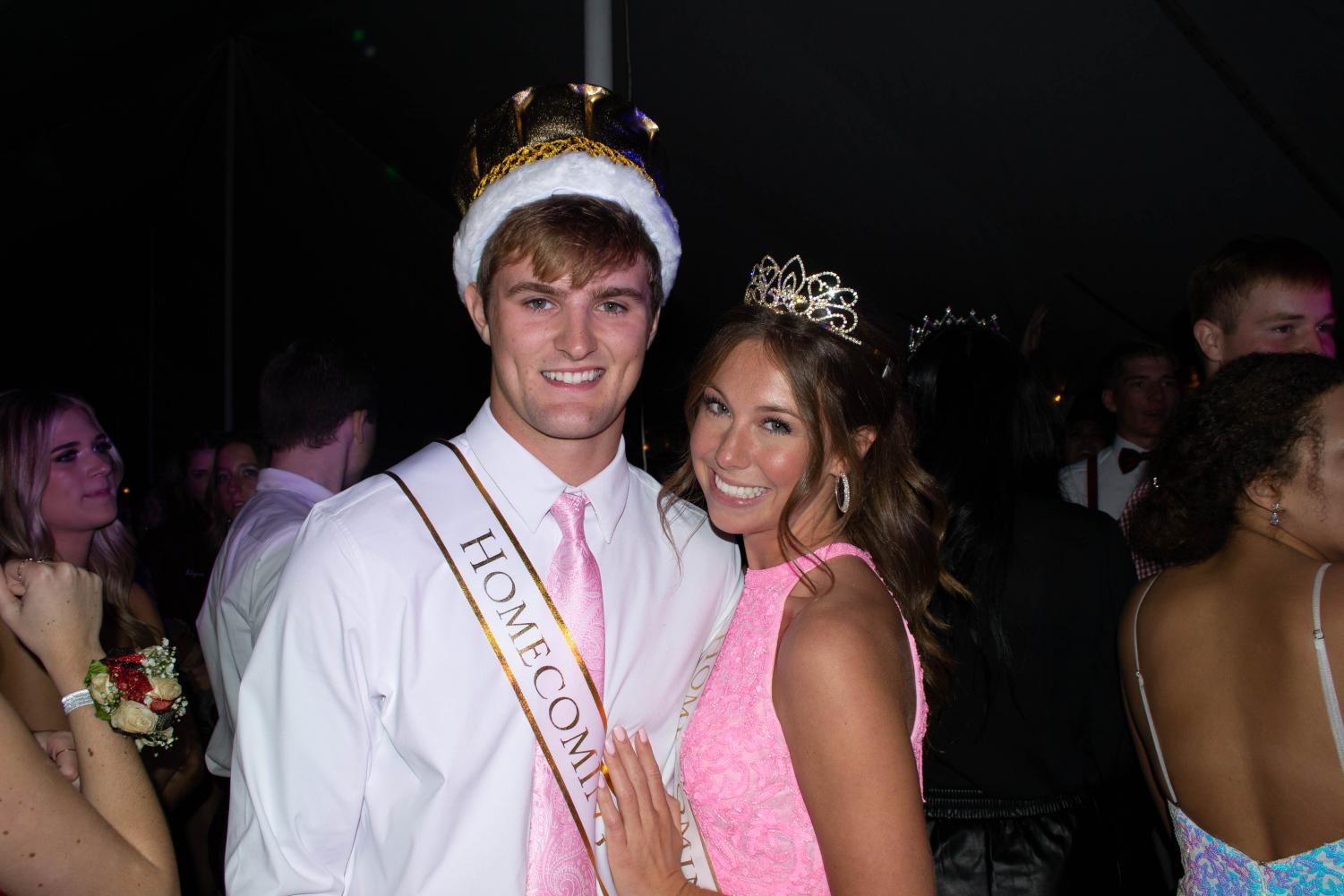 There is no place like Homecoming in the parking lot

This year’s Rolla High School Homecoming was like no other. Due to recent policies, the dance was mandated to take place outside in the back parking lot next to the football field while the pep assembly on Friday was on the football field. Nonetheless, sophomores were excited for the homecoming they never received as freshmen. To help the buzz of the dance, the student council put together the annual spirit week: Monday was set as PJ Day, Tuesday was Tornado Tuesday, Wednesday was Twin Day, and Thursday was Animal Day (though many students decided to sport camo). Last, but certainly not least, Friday was Bulldog Spirit Day to support the football game that evening, October 15. The 2021 lady of the hour, Addison Maynard, was crowned queen during the football game at the halftime ceremony with her fellow candidates, Taniya Corley, Reagan Reedy, Zoey Barr, Ashley Wood, and Keira Chrisco.
“I feel great. I’m super happy for Addison. She deserved it the most. She’s super nice. Everyone on the court was great,” said queen candidate Taniya Corley.
The Homecoming game was won with a score of 26 to 20 against Lebanon. Lebanon was undefeated their whole season until that fateful evening. The stakes were high, and the Bulldogs knew the pressure was riding on their shoulders. The student section grew louder and louder, drawing the attention of referees, administrators, and coaches alike. More than a few times, students were hoisted up into the air cheerleader-style to chant on the athletes. Soon, Lebanon saw their fate and hustled out their junior varsity players on the field for some practice. With about 30 seconds left on the clock, the game was called and players were rallied back to their side of the field.
Just a few hours later, Student Council members worked tirelessly to put together decorations for the grand theme of “There is no place like Homecoming” in reference to “The Wizard of OZ.”
“Our main struggle was trying to get enough help to put everything together. Another problem we faced was having enough time to get everything finished in time, as well as not really knowing what we were doing. Whether it was going to be outside or inside, we were going back and forth. We didn’t want to make wind-catching decorations, but if it was inside, then we would. It’s easier to find decorations for that,” said Student Council president Emily Yoakum.
Students were bundled up in coats, with some even sporting Birkenstocks paired with socks. Usually, students throw off their heels, lining the middle school gym floor. But the night air was a chilly 40 degrees, and barefoot was not a practical choice. As the night hour turned to ten, the 2020 crowned candidates Kate Campbell and Zachary Pendleton returned as tradition to help crown this year’s king and queen. The candidates – Trevor Cox, Ty Locklear, Hayden Fane, Gage Klossner, Adam Hounsom, Ethan Crouch – walked through the cleared path of anxious and chanting teenagers. Fane was crowned 2021 Homecoming king.
“I respect the loss, cause Hayden Fane, he’s a man. I love Hayden. Also having a couple who won, I think that’s awesome,” said Klossner.